Noticed this whilst on a walk. 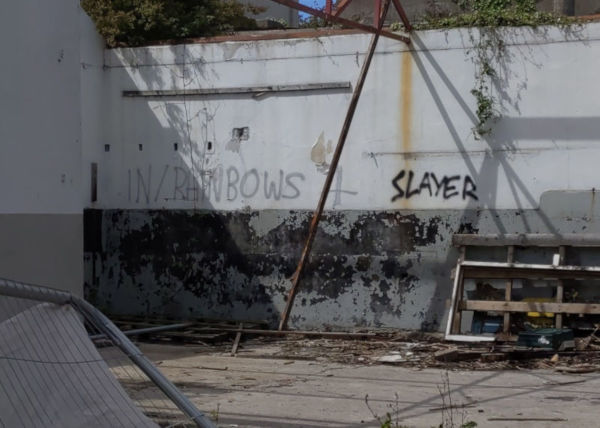 IN_RAINBOWS was Radiohead's first album after 'going independednt', released in 2007. Slayer need no introduction. Stylistically, they're quite far apart. Anyone with a certain life experience would be understandably drawn to both.

This scene was sighted inside an abandoned building. Many years ago it was likely a busy garage, joinery, or engineering works. Though the charred walls reveal that during the years since it was all brought to naught by a fire.

Still, at some point after 2007 someone made it a gathering place. Or perhaps he was alone, and decided to scrawl his favourite record and favourite band on the wall. Even the In Rainbows letter type matches the album cover perfectly:

Also, I count myself fortunate I emerged from such a place without having a bladed weapon directed my way.