The music of Guided by Voices - An Analysis

Guided By Voices are a band who've never been able to break into the big lane; that's a good thing. There's an understated brilliance to their work. It isn't for everyone, but those who understand will be converted at the first listen.

The band continues today, but I believe it was at its peak in 1994-1996 when it recorded the albums Bee Thousand and Alien Lanes. At that time, the line up comprised Robert Pollard on vocals and guitars, Tobin Sprout and Mitch Mitchell on guitars, Greg Demos on bass and Kevin Fennell manning the drums.

The chief lyricist and principal composer was Robert Pollard. He initially worked as a high school teacher while pouring all his spare time into the band. He was recording since before 1983, but it was only in 1994 that the band were really noticed with their seventh album "Bee Thousand", which is incidentally the greatest album ever recorded. After releasing this album they earned enough from making music so they could play and perform full time.

Was it such a big change for him? Robbert Pollard swapped one roomful of listeners for another, one perhaps more receptive to his words than the other, his new audience somewhere where guitars and beer would be considered appropriate.

This article will consider GBV during those peak years. I notice running themes in all their work and have put them as best as I can below. Later articles will examine individual albums. 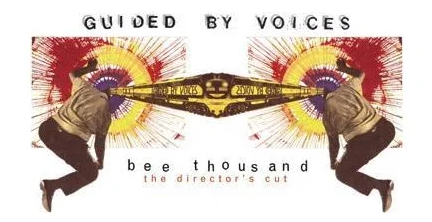 There is a straightforward sincerity in the lyrics; not moping or weeping, not begging, but the lyricist is being absolutely honest with his experiences. There is no controlled image here; no duplicity.

The words are upfront, sometimes surreal and very often metaphorical but never cryptic. The lyrics are just as immersive and demand your attention as much as the music does.

There is a constant stream of rich metaphor in the lyrics. Some of it lands immediately, others land later, yet other lines would take minds more enquiring than mine to decipher. I think were he born in Ancient Greece or Biblical Israel, Robert Pollard would've been an oracle or prophet. It is the same gift they both share. His lyrics are how such a prophet might speak as a man trying to make sense of our disjointed social fabric.

The sincerity of the lyrics is matched in the music and production, which relies on the skill of the performance rather than dazzling you with punchy thrills. That is not to say that the performances lack thrill! Rather there are no cheap tricks and there is no glitzy over-production. This band is as low-fi as you will find while still sounding good, and that's what makes it sincere.

Even the author's origins fit the music. He isn't from New York, he isn't from California, he's from Ohio. There is arguably the genuine and everyday America; it is not filled with wealth or diluted by the shallow novelty of Hollywood.

One's surroundings speak, and they shape us if enough time is spent listening. When I listen to this music, nothing feels pompous or feigned. 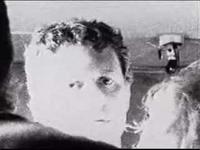 Sincere but not mopey or gaudy. Robert Pollard is very far from the soft male "indie folk/Chris Martin" vocals that currently afflicts modern alternative music; he can hit the high notes without foregoing his masculinity.

Bob is solidly grounded, but can suddenly take us up into the air. We're not afraid because he seems at home up there as much as he is on the ground.

This too is very self-consciously GBV. The band has a low-budget noisy sound, literally with line noise in the recordings at times. But I contend that the tape recorder is as much an instrument as the guitar.

The result is it sounds like you're closer to the songwriting process than bands with much more polish. This fits the down-to-earth sincerity that's a theme in the band's music and lyrics.

Many of the recordings sound like there was a rush to get ideas down before they are forgotten. Part of a creative process that's never quite finished, sprung from a soul that was perhaps never quite whole.

Has any of this ever been "cleaned up" by remastering/full studio engineering? Yes, there are studio-produced versions of some songs on EPs, but the original is always kept available on the album. This is very unlike some of the abusive modern production practices, where you're stuck with the deafening remaster or nothing. You can insist on the undiluted sound of lossless FLAC when listening to these 30 year old 4/track cassette recordings. Settle for nothing less than the true experience.

Interestingly, the band began with "proper" studio production on their earliest recordings in the 1980s. They only shifted to the low-fi sound later because of time and financial constraints put on the band. Their late 90s and present day work evidences more studio sheen. That's not always a bad thing, and we needn't weep because there was plenty of music bequeathed to us during this low-fi period. 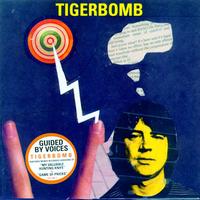 Kisses to the Crying Cooks

Over The Neptune/Mesh Gear Fox

Note: Lyrics are property of the respective copyright holder and reproduced for educational purposes only. This is a non-commercial website.

The meaning of some songs considered

Airshow 88 opens with the recording of a domestic argument, followed by TV adverts, followed by a trudged intro. Given Pollard's penchant for frugality and preference for instrumental noises, we must give special attention to such an inclusion on the tape. I think it speaks of a child's perspective on a dysfunctional family, where there is much conflict in the home interrupted only by television and the false hopes offered by consumerism.

It is a juxtaposition of the promises of consumerism, where the happy and prosperous image is actually an effort to hide the real truth inside deeply frayed homes. Going out to spend and improve the image of the home is ironic, when the home in truth conceals misery and conflict. Or applied more broadly, the nation as a whole tells itself that it is happy and prosperous when that's actually far from the truth.

Hey Spaceman opens with idyllic sounding bars weighed down by a slight sombre undertone. It is hearkening back to when visiting a friend's house across the road felt like an adventure, it felt like we're really about to go to space. The small world is always much larger to a child, like how the vastness of space appears to an adult.

Non Absorbing sounds like one calling from the distance, the music is like echoes sounding the depths. The song speaks of a difficulty in seeing oneself clearly and great doubt whether one is seen clearly by others. This feeds the fear of never being truly known and understood; a prerequisite for true love. Indeed, this point is driven in by the pounding drums that slowly build through the song, like the singer is trying to break through an impassable brick wall that separates him from his subject.

I am a Scientist

The song "I am a Scientist" contains the most straightforward metaphors I've found in the catalogue, but very far from deficient for it. It speaks of the need to be multi-disciplinarian when pursuing self-knowledge, and the great difficulty and even impossibility of the task.

The music video features scenes of neighbourhoods, a sports pitch and derelict building. These are all filmed in the songsmith's home city of Dayton, Ohio. This indicates a need to go back to one's roots to understand oneself, or perhaps suggesting we're never able to fully outgrow home.

For all those times you've finished an album and wished there was more, this band answers that prayer. Quite generously.

We've only considered a selection of their work here. Robert Pollard is named as the author of almost 2,500 songs. GBV have 35 official album releases, with many other compilations and EPs. I wonder whether most artists have as many songs and is he the only one who has shared so much.

I'll say this prodigious sharing isn't for every songwriter, but from Bob & Co. I'm grateful for it. Many bands have back catalogues of album outtakes that deserve their place in the memory hole, but behold, here is the exception! Yes, everything GBV have done isn't always good and I admit it all isn't, but the mode is higher than most bands I've heard.

A personal note in closing

I have spent countless hours listening and searching. I can say for certain this is the band I've been seeking all my life. I'm only too grateful that Bob chose to record more than any mortal will ever have time to devour. Perhaps that's just another part of the act; these vague and hazy forces reaching from eternity, something universal that compels one to create and to speak.

Moreover, I don't think I can start a band now. GBV are much the sound I'd wish to create, and Pollard's lyrics say many of the things I'd want to say, but better. This is fine, because I still get the music anyway even if it isn't me making it.

Nestled deeply in the lyrics and the music is a deep examination of the human soul. Like all great art, familiarity with it is familiarity with the greatest themes that we all understand. For those of us who are willing to take such a plunge and examine the human condition, there are no bands I know who would be better company than Guided By Voices. For those of us who aren't, you probably won't find your sound here.

If that wasn't enough, see all in Thranalysis (6 total). Back to writ top.